You are here: Home / Expand Your Vocabulary / What’s a ‘frenemy’? New portmanteau words in the media 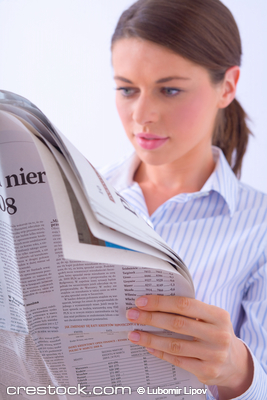 “Portma-what?!”, I hear you say. English is such a rich and evolving language that you never know when you’ll discover something new.

Yesterday I was going through the Canadian newspaper, the Globe and Mail, when I saw a headline in the family and relationships section:

“My girlfriend won’t stand up to her frenemy”

First, if you don’t know what ‘to stand up to someone’ means, we use this phrasal verb when we want to defend ourselves or an idea which we believe in. Often we stand up to someone when we feel that we are being treated unfairly or badly, when someone is not being respectful to us or our ideas.

Standing up for yourself involves the idea that you believe in yourself.

After being insulted by her classmates, Katka decided to stand up for herself.

Back to ‘frenemy‘. This is an example of a portmanteau word,  a mixture of two separate words coming together to create a new word with a unique meaning. In this case ‘friend’ blends with ‘enemy’ to create ‘frenemy.’ When the Globe and Mail reader writes about his girlfriend and says she ‘won’t stand up to her frenemy’,  we instantly get the picture that she has a friend who isn’t good or respectful to her.

Frenemies are people who really aren’t our friends, just as you can see in this video (or click here if you can’t see it on your browser):

How To Spot Frenemies on Howcast

This is why it can be fascinating to read the latest magazines and newspapers, as you’re sure to find some new vocabulary and interesting uses of English. Of course the question this brings for publishers of dictionaries and coursebooks is whether or not these words will last or whether they will simply fade out of fashion.

What other portmanteau words do you know?

Another portmanteau word which you see in the media (but I’ve not yet heard from the lips of a friend) is ‘bromance.’ which describes a close platonic relationship between two men. There’s even a TV series called ‘Bromance’ on MTV!

Now that you know two separate words can blend together to form a portmanteau word, try to find out and google what these mean, and which two words they originally came from (and if you’re not sure of the answer, just ask me below):

And what about these..?

Which words come together to make ‘goodbye’?

Welcome to Get Into English. I’m David, an English teacher, traveller & language enthusiast from Melbourne Australia.
That’s me above in Bendigo, Victoria before Corona came!
I write articles on learning English especially for people wishing to live in or travel to Australia, and for those who are interested in business and all kinds of issues!

Wherever you go in Melbourne you can look up and a

This is one of my favourite places in town 😍 Me

Walking home from Middle Park. Melbourne and the M

If you’re not sure where to go, come here ☕️

I walked all afternoon from Richmond to Middle Par

Waiting for the sunset at Middle Park. The views f

Melbourne is oddly tropical at times - I quite lik

Middle Park, the red city. This street has many Au

Late in the day in Middle Park, Melbourne 🏝 #h

The colours of Thursday 😍🏝🌱 #jacarandatr

So it’s gone all around the world, already disrupting the lives of a few billion people. The 2019 Wuhan Coronavirus has affected our lives everywhere and so I thought it’d be good to present some key vocabulary for you to be able to follow the media discussion. First up, what to call this virus? In […]